The popularity of Mexican food in the United States unfortunately causes some confusion as to what “real” Mexican food is. If you have ever traveled to Mexico, you probably have a better idea of what Mexican food in Mexico is like, and how it is different from “Tex Mex.” However, if you are curious about real Mexican food, look no further. Below are just a few examples of common misunderstanding about Mexican foods, as well as some interesting facts about Mexican food and drink we bet you never knew!

Not All Mexican Food Is Spicy

While chilies are a primary ingredient in a lot of Mexican cooking, not all Mexican food is spicy, even if dishes or recipes include chilies. There are many types of chili peppers, and not all of them are spicy! Habanero peppers, for example, are very spicy and hot. Other peppers, such as Anaheim or sweet peppers are very mild and don’t pack quite the punch as their hotter cousins. Flavor can also vary depending on region. Food in Southeastern Mexico is not as spicy as other areas of the country. Keep in mind that sometimes heat simply comes from the salsa served alongside the dish, and not necessarily the dish itself.

Garlic in Guac is Wack!

If you are enjoying guacamole with lime or garlic, it is not authentic Mexican! While varieties of guacamole differ by region and can change dramatically depending on where you are in Mexico, authentic guacamole only sometimes includes lime, but never garlic, lemon, red onion, chili powder, pepper, or other spices.

The Origin of the Margarita 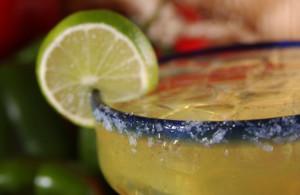 When you hear the word “mole”, what do you think of? Chocolate? Think again. Mole is the generic word in Mexico for sauces. So as you can imagine, Mexican mole sauces extend far beyond chocolate. The classic mole sauce that is called “mole poblano” is a brown or dark red sauce that is commonly served over meat. While mole sauces are made all over the country, the states of Puebla and Oaxaca are very well known for their mole. 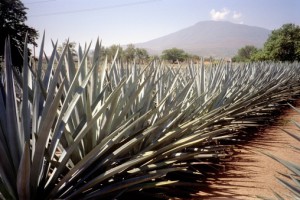 Tequila and Mezcal Are In Fact, Different

Commonly confused liquors, mescal and tequila are made from two different plants in Mexico. Tequila is made primarily in the city of Tequila, Mexico, out of the blue agave plant. Sometimes considered a type of mezcal, modern tequila differs from mezcal in the way in which it is produced. Mezcal is produced from maguey, or American aloe. Maguey grows throughout Mexico, and most mezcal is made in Oaxaca.

For more information about Mexican cuisine, be sure to read our blog. If you are more interested in eating Mexican food than reading about it, visit us at Mexicali Fresh Mex Grill in Holden, Spencer, Ware, and Webster, MA. Or come visit our Connecticut locations in Stonington and South Windsor.