Mexico has a rich history beginning with the Olmecs in 1200 B.C. 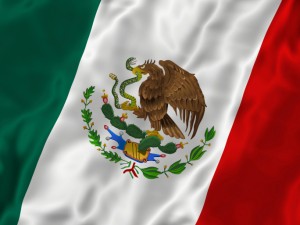 That is the earliest record of civilization in Mexico. However, over the course of three thousand years Mexico has developed into what we know it as today.

Steeped in culture and tradition, Mexico is known for its bright colors, flavorful foods, chilli peppers and tequila. From the colorful native clothing worn during the many celebrations throughout Mexico, to the housing doors and exteriors, to the traditional blankets of Mexico, colors abound.

Mexico is also known for tequila and the precious agave plants from which it originates. Whether or not you’re a fan of tequila, most likely, when you hear the word Mexico, tacos and tequila come to mind. And of course margaritas.

However, Mexico is so much more than food, drink and color. The article below from history.com outlines a small portion of Mexico’s history from its beginning up until today.

A country rich in history, tradition and culture, Mexico is made up of 31 states and one federal district. It is the third largest country in Latin America and has the largest population—more than 100 million—making it the home of more Spanish speakers than any other nation in the world.

The three colors of Mexico’s flag hold deep significance for the country and its citizens: green represents hope and victory, white stands for the purity of Mexican ideals and red brings to mind the blood shed by the nation’s heroes.

The Olmecs, Mexico’s first known society, settled on the Gulf Coast near what is now Veracruz. Remembered for the giant head sculptures they carved from native stone, the Olmecs had two main population centers: San Lorenzo, which flourished from about 1200 to 900 B.C., and La Venta in Tabasco, which lasted until about 600 B.C.

By 300 B.C., villages based on agriculture and hunting had sprung up throughout the southern half of Mexico. Monte Albán, home to the Zapotec people, had an estimated 10,000 inhabitants. Between 100 B.C. and 700 A.D., Teotihuacán, the largest pre-Columbian city in the Americas, was constructed near present-day Mexico City. The civilization that built it is also called Teotihuacán, and the influence of this culture can be seen throughout the Veracruz and Mayan regions. At its zenith, with a population estimated at 200,000, the civilization is thought to have controlled a large portion of southern Mexico. The empire of Teotihuacán was overthrown in the 7th century, but the spectacular city survives today.

The Mayans, widely considered to be pre-Columbian America’s most brilliant civilization, thrived between approximately 250 and 900 A.D. They developed a calendar and writing system and built cities that functioned as hubs for the surrounding farming towns. The ceremonial center of Mayan cities featured plazas surrounded by tall temple pyramids and lower buildings called “palaces.” Religion played a central role in Mayan life, and altars were carved with significant dates, histories and elaborate human and divine figures. The Mayan civilization collapsed in the early 10th century, likely due to overpopulation and the resultant damage to the ecological balance.

The Toltec civilization also influenced Mexico’s cultural history. Historians have determined that the Toltec people appeared in central Mexico near the 10th century and built the city of Tula, home to an estimated 30,000-40,000 people. Some have speculated that the Toltecs performed human sacrifices to appease the gods. One of their kings, Tezcatlipoca, is said to have ordered mass sacrifices of captured enemy warriors. Because many Toltec architectural and ritualistic influences can be found at the Mayan site of Chichén Itzá in northern Yucatán, many researchers believe that Toltec exiles fled to Yucatán and created a new version of Tula there.

The Aztecs, the last of pre-Columbian Mexico’s great native civilizations, rose to prominence in the central valley of Mexico around 1427 by partnering with the Toltecs and Mayans. This triple alliance conquered smaller cultures to the east and west until the Aztec empire spanned Mexico from the Pacific Ocean to the Gulf Coast. At their height, the Aztecs ruled 5 million people via a tightly-structured system of self-supporting units called calpulli. Each unit had its own governing council, schools, army, temple and land but paid tribute to the supreme leader of the empire. Influenced by earlier Mexican civilizations, the Aztecs conducted extraordinary religious ceremonies that featured dances, processions and sacrifices.

Spaniard Hernán Cortés arrived at Veracruz in 1519. Believing that Cortés might be the serpent god Quetzalcoatl, Aztec King Moctezuma II invited the conquistador to Tenochtitlán. This gesture proved disastrous because Cortés formed many allies on his way to the city. In May 1521, Cortez and his followers attacked and conquered the Aztecs. Cortés then colonized the area and named it Nueva España (New Spain). By 1574, Spain controlled a large portion of the Aztec empire and had enslaved most of the ndigenous population. Worse, the diseases brought into the society by the Spaniards devastated the indigenous population of Nueva España, killing an estimated 24 million people between 1521 and 1605.

The Catholic Church’s influence was felt in the region when missionaries began arriving in 1523. The missionaries built many monasteries and converted millions of people to Catholicism.

Concerned about the Catholic Church’s ever-growing power, King Carlos III of Spain expelled the Jesuits from Nueva España in the late 1700s. Napoleón Bonaparte’s occupation of Spain in 1808 compromised the country’s political and economic structure, which in turn weakened Spain’s grip on Nueva España.

On September 16, 1810, Miguel Hidalgo y Costilla, a parish priest from the town of Dolores, issued a call to rebellion. In response, rebel leader Vicente Guerrero and defected royalist general Agustín de Itúrbide collaborated to gain Mexico’s independence from Spain in 1821. Together they drafted a Mexican constitution. However, in 1822, Itúrbide declared himself emperor of the country. A year later, Antonio López de Santa Anna overthrew Itúrbide and drew up a new constitution that established a federal Mexican republic composed of 19 states and four territories. From 1823 to 1836, Santa Anna served as president, squelching Texas’ stand for independence in the battle of the Alamo during his last year in office. He was later defeated by American forces during the Mexican-American War and, by 1855, had gone into exile. Following Mexico’s occupation by the French in the mid-1800s, Porfírio Díaz served as president from 1876 to 1909.

Despite ushering in the industrial age and greatly improving the country’s infrastructure, Díaz was a dictator who bestowed political favors on the very wealthy citizenry, largely ignored the poor and ruled ruthlessly by force.

The Mexican people, tired of the unbalanced distribution of wealth and power, initiated the Mexican Revolution in 1910. The 10-year civil war resulted in at least 2 million casualties. Finally, in 1934, Lázaro Cárdenas became president and reestablished the ancient ejido system, which established communally shared tracts of farmland. The system benefited both the citizens and the economy. World War II further stimulated the nation’s development through the development of roads, the building of factories and the establishment of irrigation systems.

Mexico’s long history and unique culture have shaped the country as it is today. From the food, to the geography, and the language, all were shaped through history.

At our Mexican restaurants Mexicali Grill in Spencer, MA, and Playa del Carmen in Holden, MA, we cherish that history and are honored to share the authentic foods of Mexico with our guests. Stop by either location for a delicious array of fresh Mexican food and get a feel for our culture while you’re there.