They’re cheap, versatile, and chances are, they’re sitting in your pantry right now. 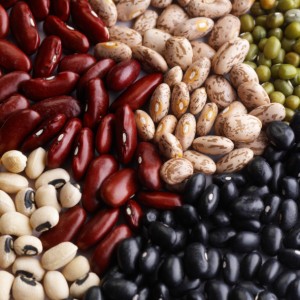 There’s more to love about beans than their ability to stretch a tight budget. The health benefits of beans help deliver muscle-building proteins, energy-boosting carbs, heart-healthy fibers, and cancer-fighting antioxidants. Beans are packed with protein and disease-fighting nutrients, assisting with various bodily functions. The health benefits of beans include aiding the body in lowering cholesterol and blood pressure. Plus, beans fill you up quickly, so you can eat less but still feel satisfied!

Health Benefits of Beans and Their Healing Power

Considering the health benefits of beans, they should be known as “healthy people’s meat” instead of “poor people’s meat”, as they’re often called.

Beans (also known as legumes or pulses) belong to an extremely large category of vegetables, containing more than 13,000 species and are second only to grains in supplying calories and protein to the world’s population.

Compared to grains, though, legumes supply about the same number of calories but usually two to four times as much proteins.

Despite their small size, beans pack a surprisingly rich and varied array of substances that are vital for good health.

Proteins in Beans
Some people don’t enjoy the health benefits of beans as they should because they often consider them an ‘incomplete’ protein.

Although it’s important to get all the amino acids, both essential and non-essential, it’s not necessary to get them from meat. In fact, because of its high fat content – as well as the use of antibiotics and other chemicals in the raising of poultry and cattle – most of the animal protein should be eaten only in moderation.

The best way to go about it is to combine partial-protein foods to make complementary protein. For instance, although beans and brown rice are both rich in protein, each lack one or more of the necessary amino acids.

But others believe that to enjoy the health benefits of beans you don’t need to combine them with grains at each meal, as long as you eat them during the same day or 24-hour period.

All soya products, such as tofu and soy milk, are complete proteins. They contain all the essential amino acids plus several other nutrients.

Many legumes, especially soya beans, are demonstrating impressive health benefits. Diets rich in beans are being used to:

A lesser-known benefit of beans, though, is their high levels of isoflavones, compounds that are similar in structure to estrogen produced by your body (which is why they are also called phytoestrogens).

These isoflavones may ease the symptoms of menopause, prevent some form of cancer, reduce your risk of heart disease and improve your bone and prostate health, among other benefits.

Beans, a Rich Source of Fibre

One of the reasons the health benefits of beans are so many is because they contain a lot of fibre (or fiber, according to the American spelling).

When you eat dried beans, they are not entirely digested, so the undigested material lies around in the colon, where bacteria attack it and start to feed on it.

In the process, lots of chemicals are released, which tell your liver to cut down its production of cholesterol and your blood to speed up clearing out dangerous LDL cholesterol. Plus, fibre can actually mop up cholesterol from the intestine and whisk it out of the system.

Also, chemicals that block formation of cancer cells are released. In fact, beans are concentrated carriers of protease inhibitors, enzymes that can counteract the activation of cancer-causing compounds in the colon.

Beans and Flatulence
Many people fail to enjoy the health benefits of beans because of the side effects experienced by some people.

As we’ve seen, the fact that beans are not completely digested brings its own health benefits, but it can cause flatulence (wind) or intestinal discomfort to some people.

This is caused by a type of fibre found in beans, called oligosaccharides, which is composed of three to five sugar molecules linked together in such a way that the body cannot digest or absorb them.

So they pass into the intestines, where the bacteria break them down and gas is produced.

Haricot and lima beans are generally the most offensive, while peanuts are the least offensive because of their lower levels of oligosaccharides.

The amount of oligosaccharides in legumes can be significantly reduced by properly cooking or sprouting them and as a consequence, the flatulence can be reduced as well allowing you to enjoy the health benefits of beans without causing offense.

Some Serving Suggestions
How can you take advantage of the health benefits of beans?
The nice thing about beans is how easily you can add them to any meal.

I find very practical to keep a few tins of various types of beans and add them to any dish where I want to include some proteins and fibre, such as pasta dishes, casseroles, stews, salads and anywhere else I can think of.